SAN LUIS OBISPO, Calif. (Dec. 13, 2018)—When it comes to transparency, the public has high standards for nonprofits, and for good reason. Operational excellence is a top priority for best-rated charities.

Lifewater International, a Christian clean water charity, today announces their inclusion on Charity Navigator’s best-rated charities, securing the coveted 4-star rating and confirming them as one of the U.S.’s most trustworthy nonprofits.

In a letter to Lifewater, the president of the leading charity evaluator said, “This is our highest possible rating and indicates that your organization adheres to sector best practices and executes its mission in a financially efficient way… Lifewater International exceeds industry standards and outperforms most charities in your area of work.”

For over 16 years, Charity Navigator has rated more than 9,000 charities, measuring financial health, accountability, and transparency to provide prospective donors with a third party assessment of U.S. nonprofits.

The charity assessment organization reports that in 2017, they influenced approximately $10 billion in charitable gifts.

“The public expects that the nonprofit organizations they support are truthful, transparent, and effective in all aspects of operations,” President/CEO Justin Narducci said. “This rating is really a testament to the 150 Lifewater staff who love and serve well, each and every day.”

Lifewater is a Christian non-profit organization working to end the global water and sanitation crisis. For over 40 years, Lifewater has served more than 2.5 million people in 40+ countries with life-saving clean water, sanitation and hygiene. 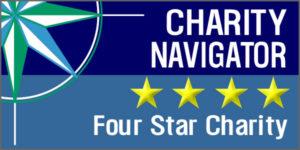